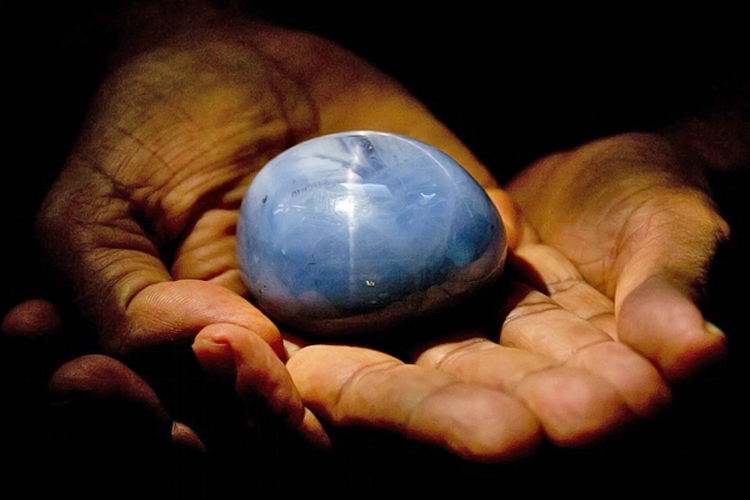 The precious gemstone, named The Star of Adam, weighs an exceptional 1404.49 carats.

According to the BBC, the amazing new blue star sapphire was evaluated by gemologists in Colombo for at least 100$ million, but its owner estimates that it could sell for over $175 million.

The finding was made in Ratnapura, the “City of Gems,” in southern Sri Lanka last August.

“The moment I saw it, I decided to buy it. When the stone was brought to me, I suspected that it might be the world’s largest blue star sapphire. So I took a risk and bought it,” the owner of the gemstone, who refused to be identified, explained to the BBC.

The price paid for the gem was not revealed. The owner bought the stone thinking that “this was not a piece of jewelry but an exhibition piece.”

Star sapphires owe their name to the optical phenomenon of asterism. Asterism comes from the Greek word astrum, meaning star, and originates a beautiful and luminous six-pointed star-shaped reflection on the gemstone, which is revealed when it is cut en cabochon.

The gem’s name, Star of Adam, comes from the Muslim legend that Adam appeared in Sri Lanka after being cast away from the Garden of Eden.

Sapphires are the main export of Sri Lanka’s gemstone production. The country’s gem industry is worth at least $103 million per year.