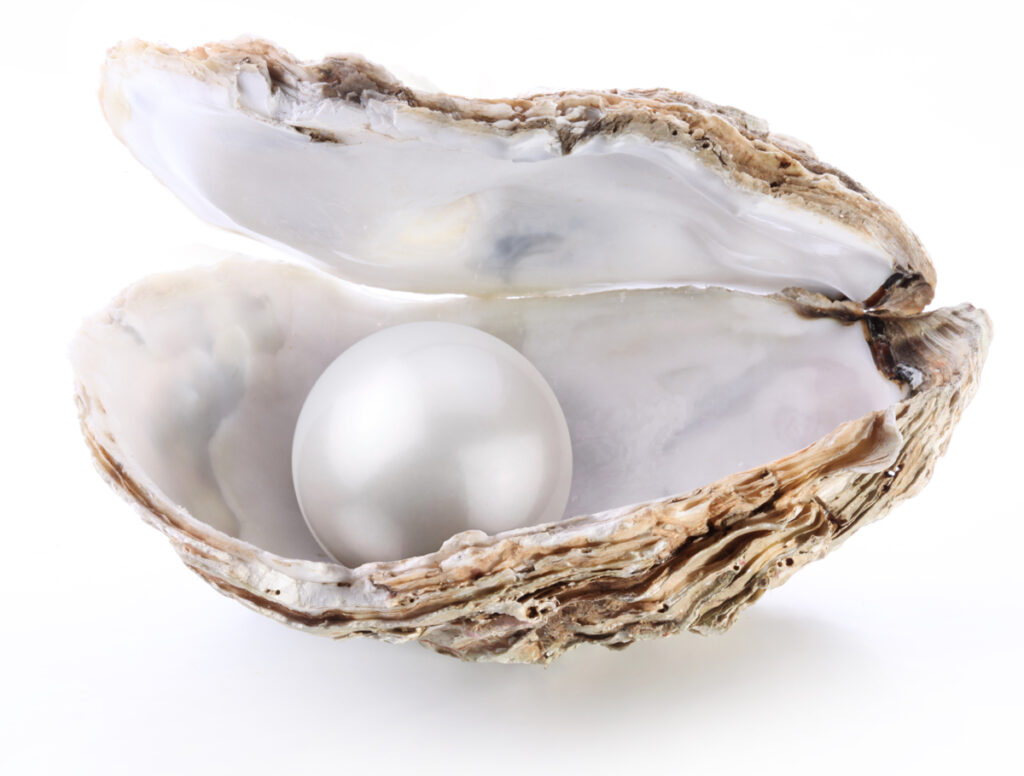 Pearl is a symbol of elegance and status. They are one of Nature’s greatest miracles and the finishing touch of our most important days and clothes.

According to research, the pearl are the world’s oldest gem.

Although their discovery cannot be attributed to one person, in particular, the gemstone was probably spotted while searching the seashore for food.

Luckily, it has been unveiled.

They were presented as gifts to Chinese royalty and were the ultimate status symbol in ancient Rome.

In the Dark Ages, knights seldom wore pearls on the battlefield to keep them safe.

According to the legend, Cleopatra crushed a pearl into a glass of wine.

She wanted to prove that she could host the most expensive dinner in history. So, it was always a status symbol, even during meals.

Throughout history, the pearl has been the symbol of elegance.

Unlike the other mined gemstones, it is produced by a living organism.

Actually, a pearl is a parasite or piece of shell that becomes accidentally lodged in an oyster’s soft inner body.

It builds up around the irritant layers until forming the white-colored gem.

The way a pearl is born explains why it is so precious – each one of them is unique.

Cultured pearls are formed through the same process.

The only difference is that the irritant is implanted in the oyster rather than entering it by chance.

When it comes to evaluating pale white, similar to the diamond’s Four Cs, there are six characteristics that must be considered.

They are the surface, size, shape, color, nacre, and luster.

Initially, the most desirable pearls were symmetrically round and uniform in size and color, but with the growth of the pearl industry, natural pearls are now more alluring.

The world’s rarest pearl is the Melo Melo pearl, also known as the Dragon Pearl.

Instead of being created inside oysters, they are produced by sea snails and have shimmery surfaces with swirling patterns under the light.

Pearls can have a wide range of colors, with the blue pearl being the rarest specimen.

Traditionally, every woman has a special relationship with pearls.

In the past, pinned pearls were used in jewelry as a statement and signature look by iconic personalities.

Audrey Hepburn, Jackie Kennedy, Coco Chanel, and Princess Diana are some stars who adopted them regularly.

Nowadays, men are also developing an interest in the gemstone, including Harry Styles, Pharrell Williams, and Usher.

The pearl will always be fashionable and essential in contemporary jewelry.

Italian film director Federico Fellini’s saying, “all art is autobiographical. The pearl is the oyster’s autobiography.”

Each pearl is unique, so each owner should also be unique with their pearl.