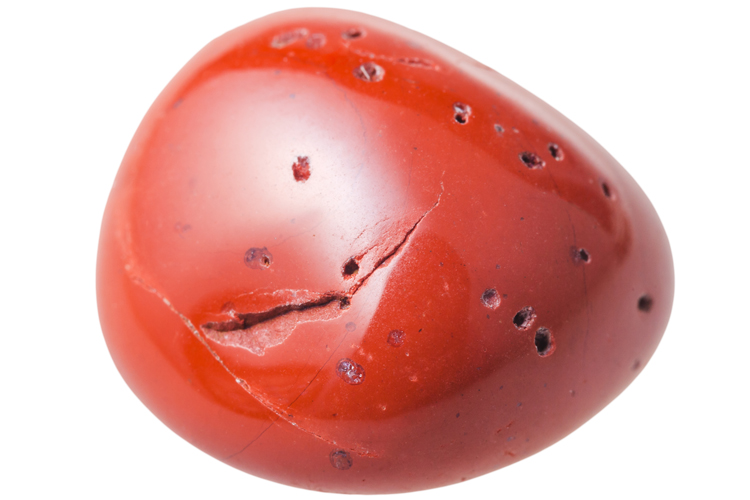 Coral is a gem-quality skeletal structure generated by small coral polyps. This lively organic gemstone, formed at depths between 1 and 1,020 feet (3-300 meters), seduces for its shine, delicacy, and vivid color.

Red, pink, white, and blue coral is made of calcium carbonate, while black and golden varieties derive from a substance called conchiolin.

The use of coral in jewelry dates back to ancient Egypt and prehistoric Europe. When harvested, the material has a dull appearance but shows a beautiful vitreous luster after being polished.

The most precious form of coral is Corallium Rubrum, also known as noble coral.

It is valued for its uniform color and has various trade names, according to its sources: Angel Skin Coral (tender pink), Momo (light red to salmon), Sardinian (medium red), or Moro (oxblood red).

Red and pink precious coral can be found in the warm seas of Japan and Malaysia, in the Mediterranean and Africa.

The major trade center for coral has been Torre del Greco, in Italy, where three-quarters of all harvested coral are processed. Japan and Taiwan are also international business centers today.

It has a hardness level of 3 to 4 on the Mohs hardness scale and is sensitive to acids and heat. The color may fade with wear.

Due to threats such as intensive fishing and climate changes, and the consequent need to preserve the endangered coral reef colonies, coral harvesting is now controlled by environmental laws.

According to a Greek legend, coral was formed when Perseus placed Medusa’s head on a riverbank while he washed his hands, and the blood drops that fell into the water turned seaweed into red coral.

This organic gemstone was also believed to protect against evil and to be able to stop bleeding.