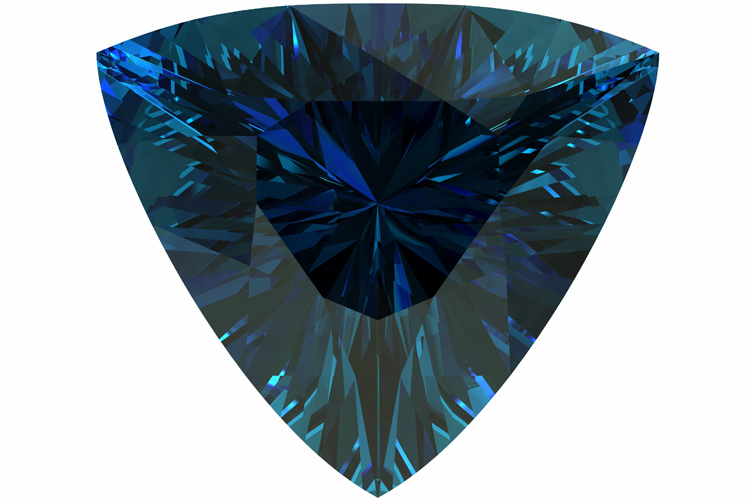 Alexandrite is an incredibly rare and valuable gemstone from the mineral species chrysoberyl. This precious and mysterious gem has the surprising ability to shift color under different light conditions. It’s the “alexandrite effect.”

In relatively blue illumination, like sunlight or fluorescent light, top-quality alexandrite assumes green to bluish-green undertones, while in yellow illumination, such as regular light bulb light or candlelight, the prevailing tonality is red to purplish red.

The value of this precious stone is determined by the quality of the color. The more dramatic and complete the color change, the rarest and more valuable the gem.

First discovered by Nils Gustaf Nordenskiöld in an emerald mine in the Urals in 1834, alexandrite is said to be named after the Russian tsar Alexander II (1818-1881).

Due to its red and green hues, the gem became tsarist Russia’s national gemstone.

Fine-quality alexandrite is exceptionally rare and barely ever used in modern jewelry.

Russia is the source of the finest crystals ever found, but other sources were eventually discovered in Brazil, India, Madagascar, Tanzania, Zimbabwe, and Sri Lanka.

Alexandrite is a very durable stone, with a hardness level of 8.5 on the Mohs hardness scale and a refractive index of 1-745.

The cutting styles are very diverse, but oval and cushion shapes are among the most common.

This gemstone, perfect for gemstone specialists and aficionados, is considered a mysterious and magical stone, believed to be able to strengthen its carrier’s intuition and help foresee danger.

It also has a reputation for providing creativity, love, and imagination.

The greatest specimen is housed in Fersman Mineralogical Museum in Moscow.

Alexandrite can be found in some antique Russian jewels, in a few Tiffany’s series produced at the end of the 19th and beginning of the 20th century, and in some Victorian jewels, in smaller sizes.