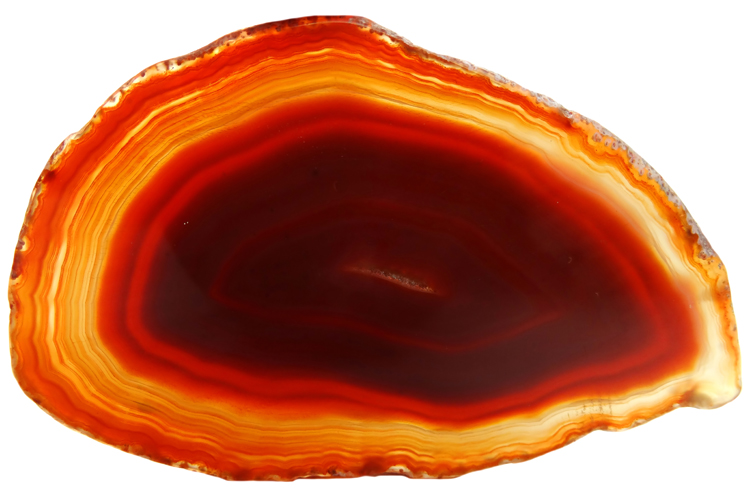 Agate embodies the qualities of variety, uniqueness, and surprise. Everything is possible with this semi-precious quartz gemstone due to the range of colors and brightness that can be found in any piece.

These colorful gems are usually linked to volcanic and certain metamorphic rocks, but they can also be found in various rock structures.

They owe their diverse microcrystal arrangement to the temperature, pressure, and mineral properties of the embracing formation.

There are several types of agate.

The name agate derives from the word achates, which is the name of the river where it was discovered. This designation was attributed to the beautiful gem by the Greek philosopher Theophrastus.

The finest jewelers and craftsmen have been using agates to create adornments such as brooches, necklaces, paper knives, earrings, and colored beads.

At the beginning of the 20th century, there was a strong lapidary industry in the area, which used agate in the production of beads and marbles.